Lexus has launched an all-new version of its mid-size premium sedan and we try the hybrid version, the Lexus ES 300h.

Wakon yōsai… formally translated as “Japanese spirit, Western technology”, what it really means is “Hello Westerners – thank you for showing us your excellent product. We’re going to study it and then produce an even better version.”

And of all the Westerners, it’s the Scots that get the particularly annoyed by this, for it is no longer their blended whiskies that are regarded as the best and most collectable in the world, but in fact the amber nectar from Japan. It’s one of these that we were sipping at the South African Launch of the all-new Lexus ES. Before dinner, the Lexus team has organised a Japanese whisky-tasting and, along with a Yamazaki Distiller’s Reserve single malt, was a sublime bottle of Kamaki aged in casks of Japanese cedar, imparting on it a unique, woody taste.

It’s a clever little treat too. Along with a perhaps unintended nod to wakon yōsai, it is also a nod to both Lexus’ and those Japanese master distiller’s belief in the notion of takumi– the tradition of master craftsmen – and omotenashi– the tradition of anticipatory hospitality. Imbued in the Lexus DNA, they are employed to create cars that are an authentic expression of Japanese artistry and comfort.

Well, much like Japanese whiskies in South Africa, despite the fact that Lexus vehicles match and often exceed their German equivalents in quality, engineering and craftsmanship, for SA luxury car buyers, Lexus has been something of an acquired taste. The German triumvirate remain the go-to brands for those wanting premium SUVs, sedans and performance cars, with badge allegiance and resale value concerns being the key factors. 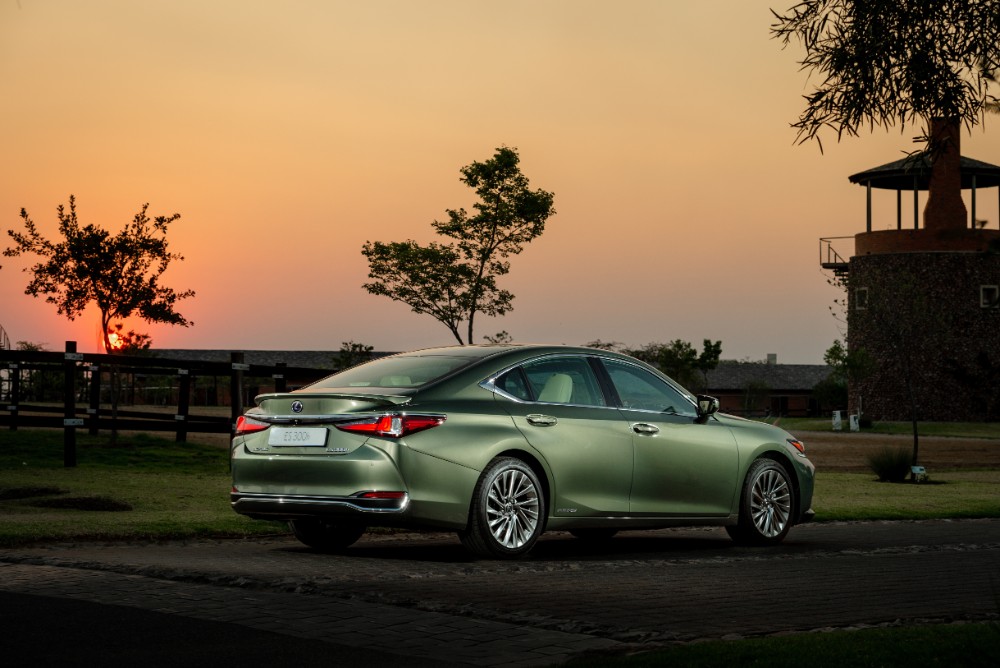 The angular “ L-finesse” Lexus design DNA and signature spindle grille – as distinctive as it is – may not be to everyone’s taste, but it does make a striking counterpoint to the conservatively handsome approach adopted by those Teutons. Along with this styling, this all-new ES again presents itself not merely as a genuine alternative to products from Audi, BMW and Mercedes-Benz (Jaguar too), but offers something over and above.

In the ES, those extras are comfort and space – the car you see here offers the kind of interior space and ride comfort usually offered by the segment above. Think Merc E-Class levels at C-Class pricing. At launch there are two models in the ES range – the petrol-engined ES 250 and this ES 300h hybrid in top “EX” spec.

It’s the sixth generation of the ES and the car is underpinned by the Toyota group’s new GA-K platform that makes for a vehicle 65 mm longer and 45 mm wider, allowing for more interior space, as wells as a sleeker, more coupé-like silhouette. “Provocative elegance” is how ES Chief Designer Yasuo Kajino describes his creation with its fluid and dynamic lines. On the nose, a unique interpretation of the spindle grille sees flattened vertical fins radiate out from the centre badge, while the sharply chiselled rear features wrap-around LED tail lamps with distinctive L-shaped lenses.

Under the hood is a self-charging hybrid system with a 2.5-litre naturally aspirated petrol engine supplemented by an electric motor that combine for a total of 160 kW. This power is transmitted to the front wheels via CVT gearbox and, whereas this type of automatic gearbox can often result in a whining engine noise and “rubber band” acceleration characteristics, this Lexus transmission is certainly one of the better ones I’ve experienced.

Performance – brisk but not blistering – is entirely appropriate to the ES’ personality. The car is set up for comfort with excellent suspension damping that softens most road imperfections and, while it does allow a degree of body roll when cornering, it’s a well-controlled little lean that remains perfectly composed even applying the throttle on exit. A drive select function allows one to toggle between three drive modes – eco, normal and sport – with the later delivering quicker throttle response and increased power steering feel.

PREPARED TO CHANGE YOUR BRAND OF WHISKY THEN?

The Lexus ES 300h makes a compelling alternative to more obvious choices in the mid-size luxury sedan segment. As is always the case with Lexus models, standard spec is impressively high, with an interior that offers every mod con from power adjustable seats (including the rear), to all-electronic displays with a 12.3-inch infotainment screen and another 7-inch screen behind the steering wheel.

Along with a wonderfully comfortable and refined ride, is class leading rear passenger legroom, while fit and finish is as good as it gets in this segment and I particularly liked the Lexus Climate Concierge system with settings that cooperatively control the climate control system, seat heating and steering wheel heating..

And what of those resale-value concerns? Lexus believes it is has addressed that by offering a best-in-class 7-year/105 000 km warranty and full maintenance plan that will ease cost-of-maintenance concerns and resist excessive depreciation. 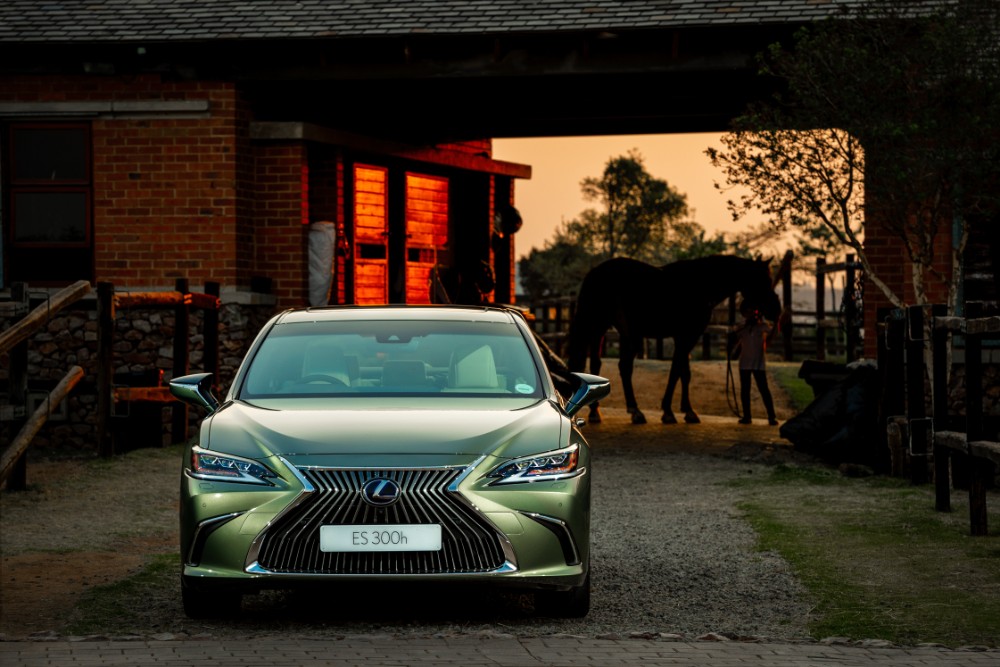 The 17-speaker Mark Levinson was created to immerse each individual in a powerful, precise and pure audio experience.

Surfing In The Heart Of The Winelands