Positioned in the very centre of Spain, your first impression of Madrid is one of a capital city steeped in art and culture; imbued with an unmistakable grandeur thanks to its well-preserved, elegant architecture, tree-lined avenues, and lush parks.

Among all of this provenance though, is a modern, hip and trendy element of a city that dates back to AD 852, with a thriving nightlife and the coolest rooftop bars and street cafés. If you’re lucky enough to find yourself here, you most definitely have to…

Best Things to do in Madrid

Madrid is not a very big city and can be traversed on foot over a couple of days. Try a walking tour with tapas, wine and history thrown in. For the less energetic, a bicycle or Segway tour is a fun way to explore the side streets and parks. If you prefer to save your legs for late night dancing, then hop on and off the Madrid City Tour buses – they’re good value, taking in 37 major sights of the historic and modern city. 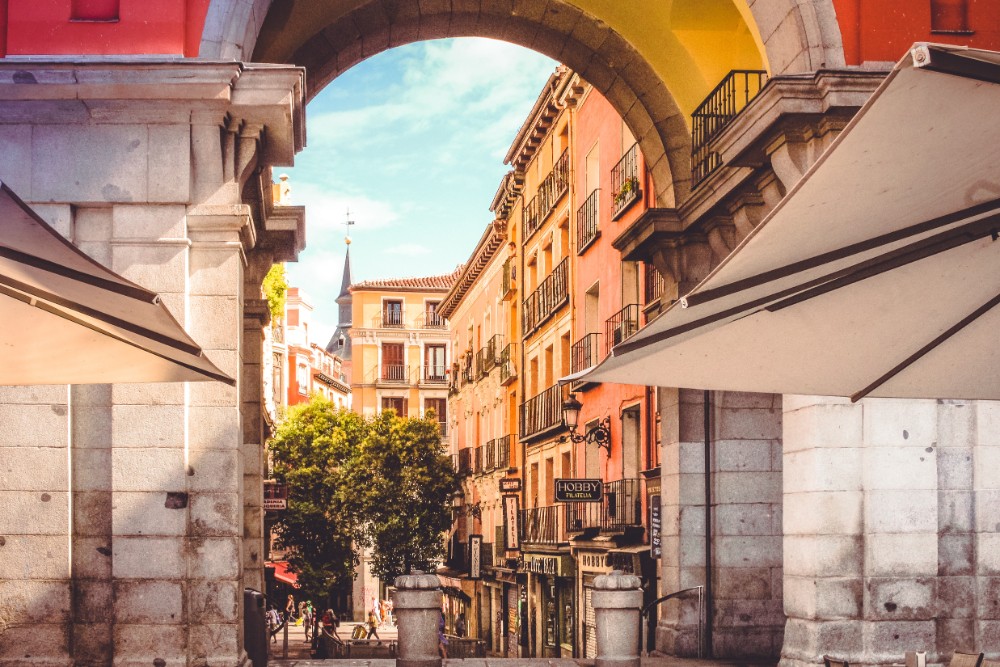 The lavish Palacio Realis an essential visit – it’s the largest royal palace in Europe and is known for its dazzling baroque façade and meticulously kept gardens. The inside is no less opulent with crimson-velvet and embroidered silk wall coverings, ceiling frescoes by Velázquezand life-size royal portraits by Goya.

The Plaza Mayor offers some respite from the city’s busy streets – built in 1619, this renaissance square has held all manner of events, from the consecration of Madrid’s patron saint Isidro to bullfights in celebration of royal occasions, and executions of heretics during the Spanish Inquisition. It’s quite an eerie experience standing in the middle of this vast open space given the its history… 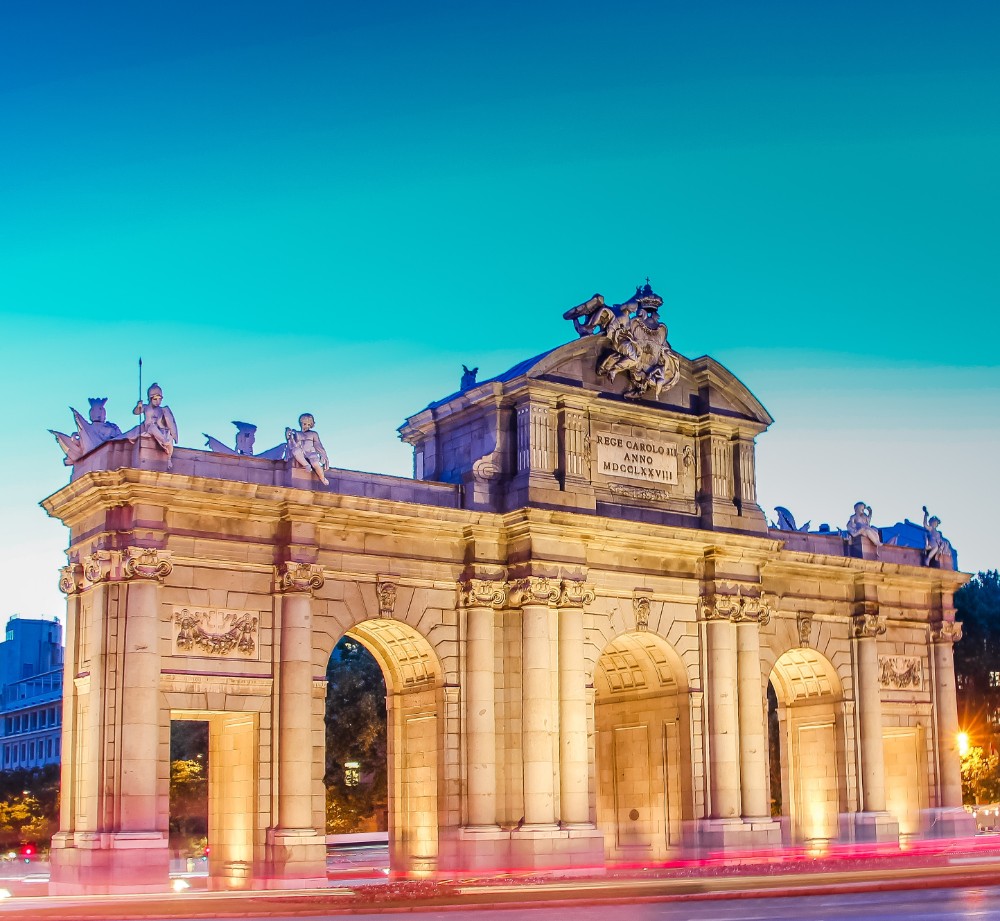 The so-called Golden Triangle of Art encompasses three must-see Madrid art museums, each deserving of a day of your time. Start with the essential classics in the famous Museo Nacional del Prado,housing more than 7 000 paintings though only 1 500 are on display (it will still take at least four hours to view these). Must sees are: “Las Meninas” by Diego Velazquez; “The Three Graces” by Peter Paul Rubens, Francisco Goya’s “The Executions”, “The Garden of Earthly Delights” by Hieronymus Bosch and Rembrandt’s “Judith at the Banquet of Holofernes”.

For Dadaism, Cubism and Surrealism, visit the Reina Sofía, Spain’s national museum of 20th-century art. You can see Pablo Picasso’s most famous work, “Guernica”, genuinely awe-inspiring in size, scope and execution, as are several famous Dalis.

Of the three, my favourite was the Museo Thyssen-Bornemisza, originally a private collection before being sold to the Spanish government. It contains both Old Masters and contemporary art. Wandering through these vast art halls is like seeing the pages of your favourite art books come to life – from Monet, Renoir, Toulouse-Lautrec and Van Gogh to Sargent, Pollock, Hopper, Lichtenstein and many more.

“Remember to look up” is always good advice when visiting old cities if you really want to get a view of the architecture. In Madrid, however, it also means spotting the rooftop bars. For the best views of Madrid by far, its sun loungers, sundowners, chilled music, authentic food and good service, Azotea Circulo de Bellas Artes is certainly worth finding.

For laid back afternoon cocktails, we found a lush green roof terrace with comfy chairs above the four-storey food market Mercado San Anton in Chueca. You’ll find several chic roof terraces on Gran Via, but the Mint Roof atop the Vincci The Mint hotel is quirky with a beach vibe. The Gymage Lounge overlooks the streets of trendy Malasana; it offers a pool, a fitness club, a theatre and a restaurant and it’s great for people-watching.

Madrid’s residents – the Madrileños– are very well dressed so the shopping is more upmarket than flea market. Even if you can’t afford designer labels, the chic Salamanca district with Calle de Serrano and Paseo de la Castellana are worth a window shop. For high street fashion, go to Gran Via and Puerto del Sol where there are always bargains to be had.

If you love hunting for vintage items at a flea market, El Rastro street market sprawls down Ribera de Curtidores in the La Latina district, but only on Sundays. This area has loads of specialist and vintage shops open all week. Go to Chueca for boho chic and shoe boutiques.

Take a picnic and laze away a late afternoon in the lovely Buen Retiro Park, the city’s most treasured green space that covers 125ha and has around 15 000 trees. It has an impressive lake set below the majestic columns and statues of the Alfonso XII monument – you can hop into a boat and paddle around. From there you’ll be treated to great views of the baroque glass and metal structure that is the Palacio de Cristal.

Only the most conservative eaters won’t like Spanish cuisine with it’s wide variety of flavour… and Madrid offers plenty of opportunities to sample it. Familiar they may be, but you must try a tortilla española or Spanish omelette. Much more than merely eggs and sliced potato, in Madrid you’ll find gourmet varieties with mushrooms, peppers and chorizo. Also try the churros– crispy fried dough fingers dipped in Spanish-style thick hot chocolate – as well as bocadillo de calamares, a crusty fresh bread sandwich laden with deep-fried calamari rings. Of course no trip to the Iberian peninsula is complete without having some tapas and these bite-size plates of food are especially good in Madrid.

I found myself returning to the Menu del Dia restaurant at lunchtime for some reviving sustenance after hours on my feet. A traditional Spanish three-course meal with bread and wine included, offered great value, ranging between 8 and 12 Euros.

Do not leave Madrid without visiting one of its phenomenal indoor food markets. Most famous is the beautiful Mercado de San Miguel in a historic wrought-iron-and-glass structure next to Plaza Mayor, offering a gastronomic feast and a variety of innovative beverages.

For elegant cocktails, try Café Colón, an art deco basement bar beneath the Plaza de Colón and the monument to Christopher Columbus. Go to Arzábalbeside the Reina Sofia Museum for a cocktail in the garden, lit with magical fairy lights and groovy vibes.I was delighted to find that when you order a drink anywhere in Madrid you automatically get a little tapa such as a square of tortilla or a bowl of crisps or olives along with it. 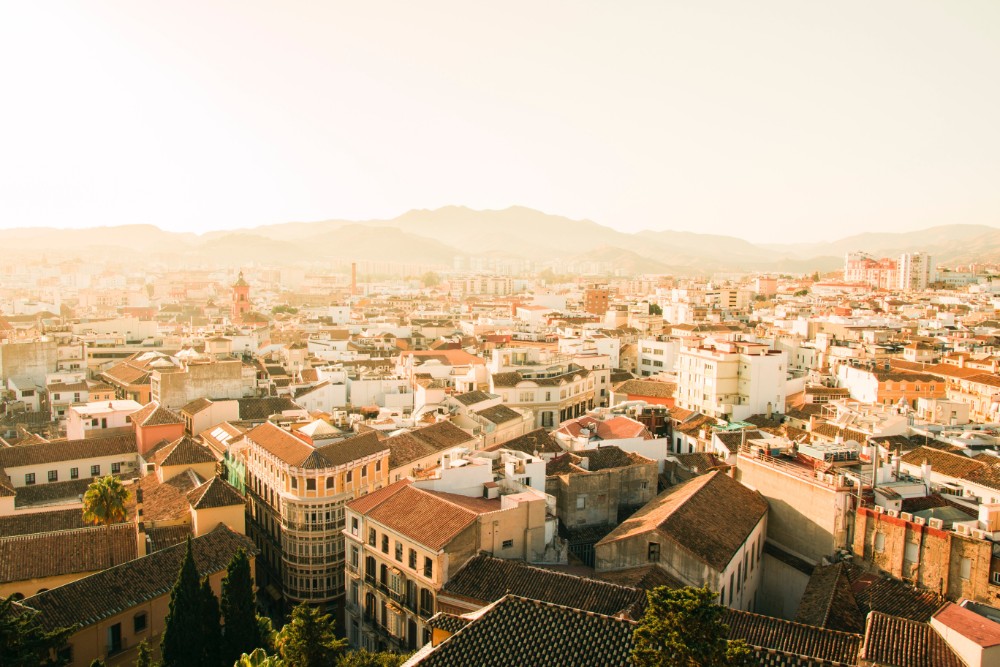 Madrid comes out to play at night … late at night. From 10pm ‘til 6am, Madrileños gather at the city’s bars and nightclubs. Start at Platea Madrid on the Plaza de Colónand choose a late snack from a plethora of international cuisines in this vast former cinema turned gastro/leisure scene that will get you into the groove with a DJ or jazz band.

For something more traditional, watch the flamenco at Corral de la Morería, voted the best flamenco show in the world and absolutely riveting. Then dance the night away at the swanky bar Club Nubelor Discoteca El Son, two of the hottest nightclubs in Madrid.

We stayed in two hotels. The five-star Urso Hotel & Spa was centrally located in the Salesas district and I enjoyed its light-filled and sumptuous rooms and fashionable Media Ración restaurant.

The other was the trendy Tótem in vibrant Salamanca. Our room was sophisticated and spacious with extra large windows, a sexy black marble bathroom, and a wrought iron balcony overlooking Hermosilla street. At the hotel’s peacock-blue cocktail lounge we had the most sublime margaritas.

Fly to Madrid, via Germany, from Johannesburg with SAA code-share partner, and Star Alliance member, Lufthansa.

Spring (April-May) and Autumn (September-November). I went in September and temps were in the 30s. Don’t go in July and August as everything closes when locals escape the heat and head to the cooler coastal regions.

The official language of Madrid is Spanish, while English is widely understood by the people and tourists.

The currency is the Euro. ATMs are widely available. Credit cards are accepted in most hotels, restaurants and shops. The easiest way to travel is to take a small amount of cash and withdraw money from ATMs as you go.

You can change cash or travellers cheques without problems at virtually any bank or bureau de change (usually indicated by the word cambio). Exchange offices are open for longer hours than banks but generally offer poorer rates. Also, keep a sharp eye open for commissions at bureaus de change.

Major cards, such as Visa, MasterCard, Maestro, Cirrus and, to a lesser extent, Amex, are accepted throughout Spain. They can be used in many hotels, restaurants and shops; in doing so you’ll need to show some form of photo ID (eg passport) or, increasingly, you’ll be asked to key in your PIN. Credit cards can also be used in ATMs displaying the appropriate sign (if there’s no sign, don’t risk it), or, if you have no PIN, you can obtain cash advances over the counter in many banks. Check charges with your bank.

A three-course meal for two people will cost around R600, a cappuccino R26 and a beer R34. Tipping is not common in Madrid.

Follow these safety tips from the Madrid Tourism Authority

A taxi from the airport to the centre of Madrid costs a flat rate of 30 Euros, the airport express bus costs 5 Euros and a Metro/Retiro costs 3 Euros.

Local SIM cards are widely available and can be used in European and Australian mobile phones. Other phones may need to be set to roaming. You’ll find plenty of small locutorios (small shops selling phone cards and cheap phone calls) all over the city

Most midrange and top-end hotels, as well as some cafes and restaurants, have wi-fi. Otherwise, check out www.madridmemata.es/madrid-wifi for a reasonable list of wi-fi hot spots. Most of Madrid’s internet cafes have fallen by the wayside.