The dusty streets of Maputo play home to a diverse creativity of offerings. A city built on the remains of Portuguese colonialism, Mozambique’s capital is a curious one.

Having gained its independence in 1975, the dilapidated city has a charm one can only truly appreciate through experience.

Mozambique’s colonial history has left Maputo with an eclectic range of buildings and a diverse mix of people. The city has broad avenues lined with jacarandas and acacias, and was designed in grid format in Portuguese colonial times so it’s easy to find your way around. A focal point in the city is the Praca de Independencia, a wide plaza surrounded by splendid old buildings.

The country’s mineral wealth is leading to a business boom and construction is happening everywhere. Some poorer areas are being flattened to make way for development, but its wide avenues and Mediterranean-influenced architecture will hopefully not be lost in the frenzy. If you tire of the city, some beaches are easily accessible.

On a family holiday five years ago, I fell into an intimacy with this developing city, and it’s one from which I’ve never recovered. I keep going back… 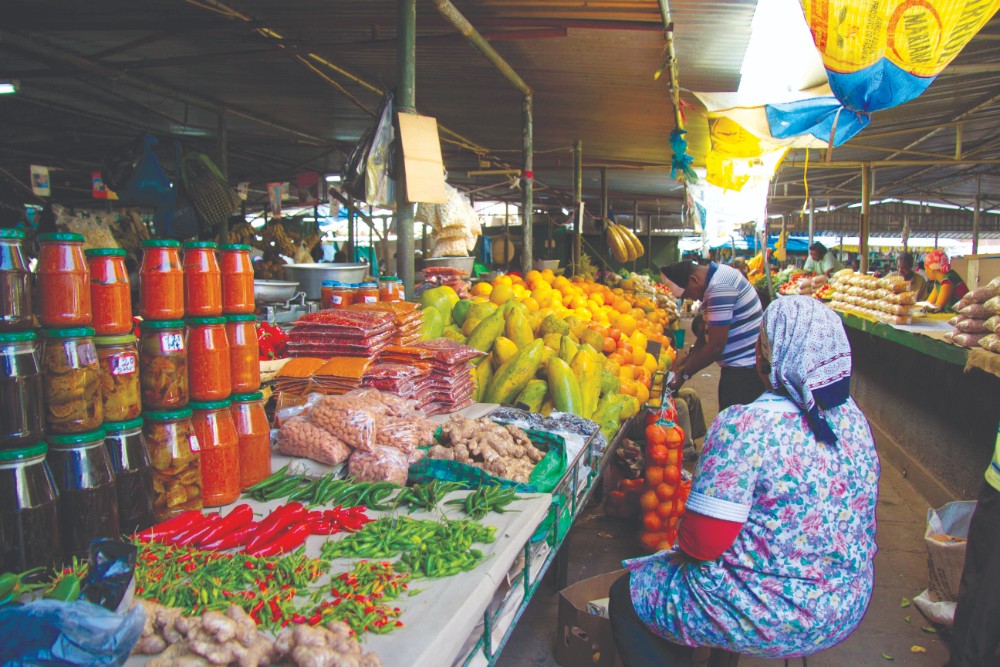 SAA flies direct to Maputo daily. Book one of the daily SAA flights and you can be in Maputo within an hour. Visit FlySAA.com.

Maputo International Airport, also known as Lourenço Marques or Mavalane, is 3km from the city. Taxis are available, and hotels can arrange pick-ups for their guests.

Drive from Johannesburg to Maputo. It can take up to 7.5 hours on the road. And potentially several more hours at the border post!

During the drier months of April to October, it’s less humid, easier to get around and the malaria risk is lower.

Mozambique has a warm, tropical climate with an average temperature of 28°C. October to April is rainy, humid and very hot, while June to October is cooler. Maputo’s dry period is May to August, with January being the hottest, wettest month and July the coolest.

Portuguese is the official language, although this is generally only spoken by the more educated amongst Mozambique’s population. Beside this, more than 60 different dialects of Bantu languages can be found in Mozambique. English is generally spoken in hotels and beach lodges.

The currency in Mozambique is the Metical, and banks and forex bureaus exchange all major currencies. The rand is favourable against the metacais, although Maputo can be pricey.

In southern parts of the country some hotels accept South African rands, US dollars or pounds sterling to pay for accommodation. Further north, dollars and sterling are widely accepted. ATMs have spread into tourist areas. Credit cards are usually accepted at upmarket hotels, but carry cash everywhere else.

The cost of staying in Maputo has risen in recent years as foreign businesses set up shop to capitalise on the mineral wealth, so it’s no longer as cheap as it used to be. The developments have seen more high-class hotels appearing so there’s a good choice of accommodation. Supermarkets and pavement cafes have popped up too, which is never a bad thing. 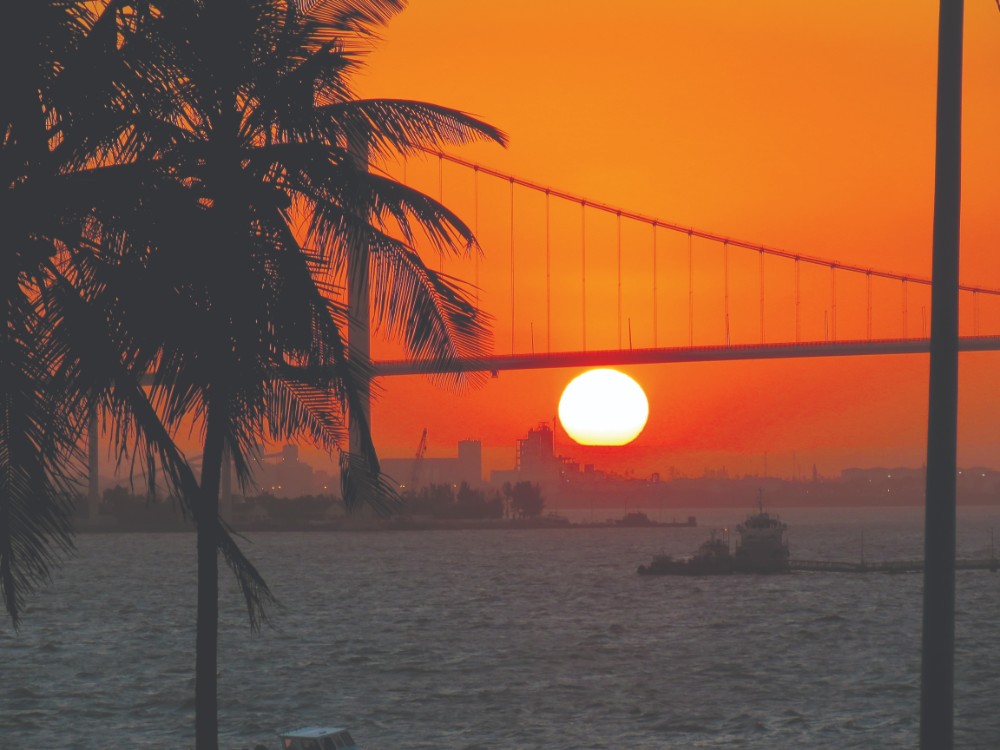 Although Mozambique does not pose a high crime rate, safety is still important when travelling and staying in a foreign country. Follow these safety tips when visiting Maputo

Maputo is fairly simple to navigate by foot if you have a map. You can take in the architectural marvels the Portuguese left behind and discover street art like the mosaic that decorates The Marginal.

If you drive there, make sure your car’s paperwork is up to date.

Tuk tuk Hop on one of these if your chevrolegs need a break, but you might have a tough time explaining your destination to the drivers. Their sense of direction is based on landmarks, not street addresses.

Taxi Cab Taxis are the most reliable form of transport, and more pleasant than the communal minibus taxis. Fix the price upfront because taxis are not metred. There are ranks outside most top-end hotels. Some taxis will go anywhere in the city, but others operate on set routes. That’s useful to get into the city centre cheaply from the outskirts. Tuk-tuks are a cheaper, more amusing option.

Mobile networks have the city covered. Local sim cards can be bought at the airport to keep costs down if you’re going to be making local calls. Internet access is rarely free, even in hotels, or is free only for limited downloads. There are some internet cafes and a few cafes offering wifi.

The cuisine is diverse because of the Portuguese and Muslim heritage, and seafood is abundant. Maputo’s cuisine reflects a heady mix of African, Portuguese, Oriental and Arab influences, and the city has a diversity of restaurants, bistros, cafes and street fare, where you can sample the best in Afro-Mediterranean cuisine with an emphasis on fresh seafood.

Botanica – Perfect for brunch, this inner-city eatery offers a diverse menu of Mediterranean fusion food. Come with a huge appetite: you’ll want to try the cheese samoosas this restaurant is known for as well as the carpaccio wraps and stuffed mushrooms.

Kwetu – No one does matapa like these guys. This cosy canteen serves humble food packed with heart. A commotion of locals often gathers at this inner-city hangout on the first Saturday of the month for The Kwetu Neighbourhood Market, and the fun always spills out onto the pavement.

Mercado do Peixe – To visit Maputo and not make a turn here would be a culinary crime. This local institution offers a unique dining experience that never disappoints. Diners can have their fill of freshly caught seafood including tiger prawns, rainbow lobster and swordfish.

The Marginal – You’ll want to roll yourself home after a lunch at the fish market, but stroll along  The Marginal to work off your meal and grab a refreshing coconut cocktail from one of the street-side vendors.

Txhapo Txhapo Restaurante – A hidden gem and a personal favourite. Though they’re known for their belly-busting burgers, Chef Marcelino has expanded the menu to include Italian dishes cooked with the freshest seasonal ingredients. 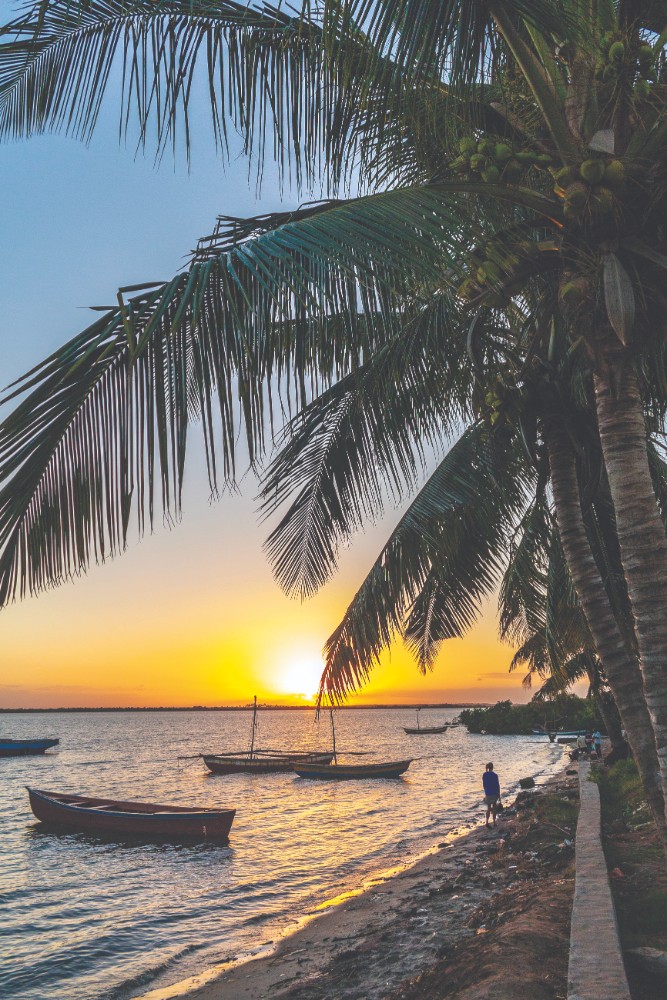 Catembe Gallery Hotel – A place at which to melt away a typically tropical Mozambican day. An oasis that stretches right out to the water, you’ll have a breathtaking view of Maputo Bay from the Catembe shore. A short ferry ride from the harbour will transfer you to this premium lifestyle hotel.

Villa das Arábias – If you’d rather stay on the mainland, this offers a palm-shaded pool view from every room. Its convenient location near national monuments like Catedral de Maputo, Centre Culturel Franco and the Natural History Museum makes it the perfect choice for travellers who’d like to explore.

Feima – Here’s where a lively afternoon turns into a festive evening. The funfair houses craft stalls, food vendors and a small selection of carnival rides within its walls. Bargain yourself a few souvenirs to take home while you sip on local beer and listen to live music onstage.

Maputo is moreish in all aspects. From the classic piri piri flavours to the balmy weather and inviting inhabitants, you’ll leave this coastal city having already planned your return.